The 20th season of the Maui Adult Baseball League came to a close on December 16 with the All-Star Game in Lahaina. The Mauka team, made up of players representing the Dirtbags, Pirates, Royals, and Warriors defeated the Makai team, comprised of players from the Brewers, Centipedes, Hurricanes, and Rays, by a score of 13-6. View photos >> 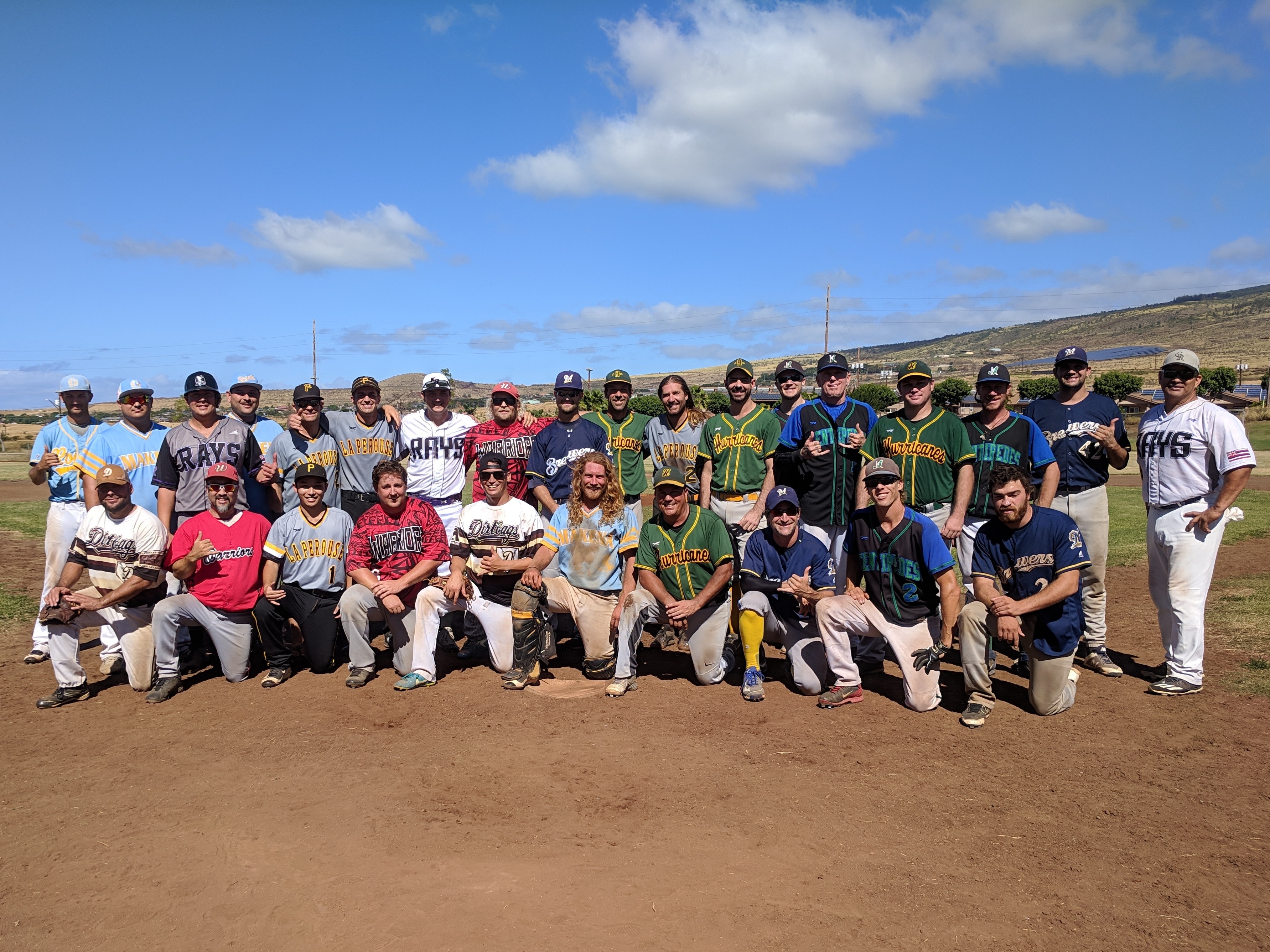 After the game, the league awards were announced with the results listed below.

In addition, Mike Gerrity of the Brewers, Josh Hansen, Ryan Swindle, and Jeremiah Weaver of the Centipedes, Tim Page of the Dirtbags, John Davis and Dusty Newkirk of the Pirates, Jeff Murray, Nelson Okamura, and Kory Takamura of the Rays, and Edgar Cordero, Mitchell Crim, and Jimmy Farr of the Royals were recognized for playing in their 100th MABL games this season.

Congratulations to the members of the MABL Mauka and Makai All-Star teams, as well as the award winners on their impressive seasons. Thank you to all the players and fans who contributed to the success of the Summer 2018 Maui Adult Baseball League season. The upcoming Spring 2019 season will begin at the end of January, with Opening Day scheduled for Sunday, January 27. Check back soon as more details will be announced in the coming weeks.