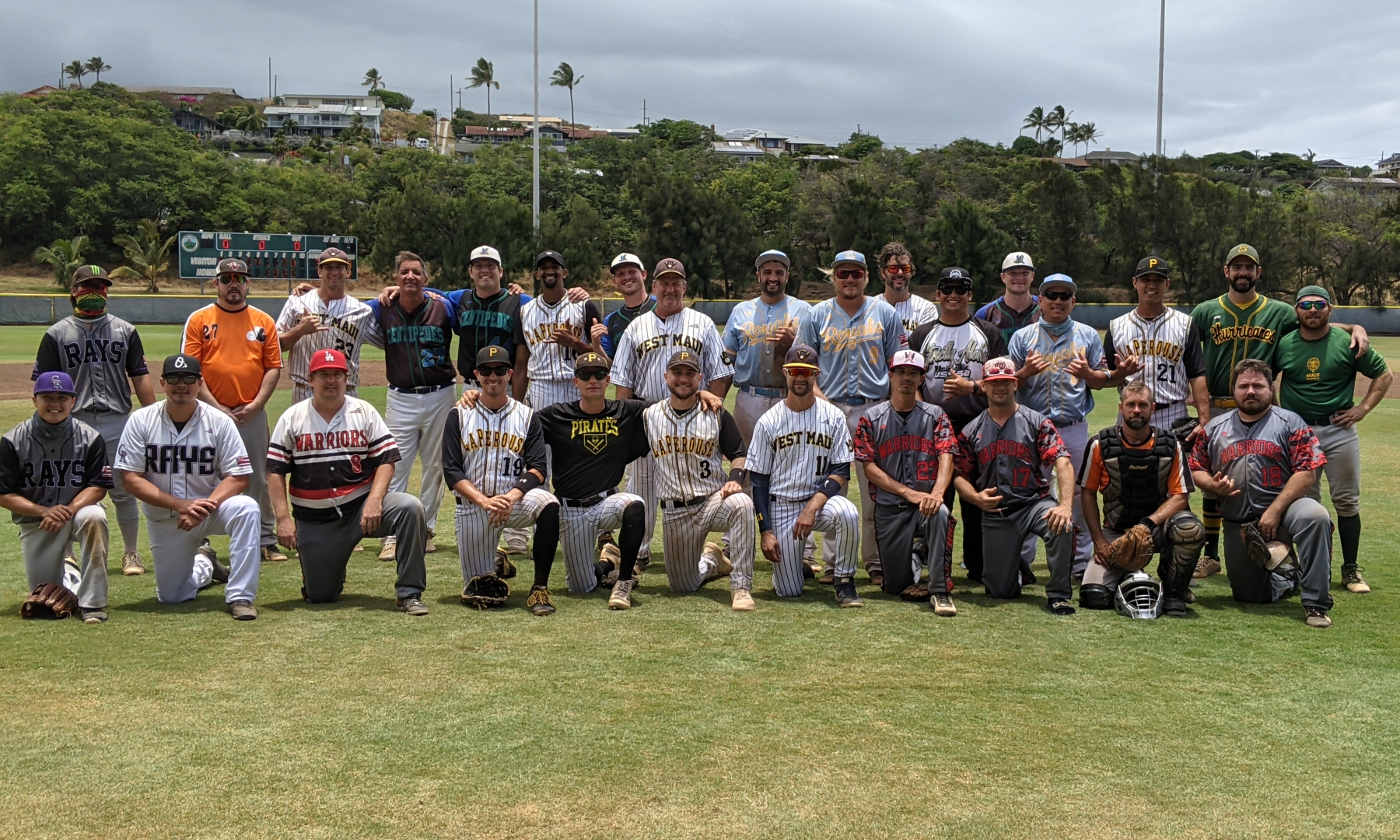 The Spring 2021 season wrapped up on June 27 with the MABL All-Star Game and HR Derby at Maehara Stadium. The Mauka team, made up of players representing the Pirates, Dirtbags, Rays, and Warriors defeated the Makai team, comprised of players from the Royals, Brewers, Centipedes, and Hurricanes, by a score of 3-1. Following the game, the end-of-season awards were announced as follows:

Elias Steadman edged out the Centipedes’ Ryan Swindle to be named the league’s most valuable player in his third season in the MABL. Steadman set a new single-season RBI mark at 24 despite missing 3 games due to injury. Fellow Pirate Joseph McFarlin won his third Cy Young award in four seasons after going 6-0 with a 2.70 ERA. Kaimana Ancog beat out a tremendous class of first year players to win the Rookie of the Year award, while fellow Rays teammates Jeremy Loque and Edison Sakata won the batting title and Gold Glove awards respectively. Despite coming 1 plate appearance short of qualifying for the award, Loque edged out Sakata by virtue of the Tony Gwynn rule. Centipedes’ Kacey & Ryan Swindle were named Managers of the Year, while Kevin Spaise was voted the league’s Most Improved Player. Mike Abercrombie of the Brewers was voted the Kenneth Talbot award winner.

In addition, Anthony Benigno of the Dirtbags played in his 200th career MABL game during the 2021 Spring season.

Following the awards presentation the MABL HR Derby got underway and it did not disappoint! A total of 13 players took their hacks with the Royals’ Isaiah Maddela coming out on top after hitting a whopping 15 home runs over two rounds. Maddela was presented with the MABL HR Derby Champion Belt and will receive a custom Trinity Bat Co bat for his performance. Full derby results are listed below.

Congratulations to all who partook in All-Star Game weekend festivities, and thank you to all the players and fans who contributed to an incredible season. The Summer 2021 season is just around the corner with Opening Day set for Sunday, August 1.