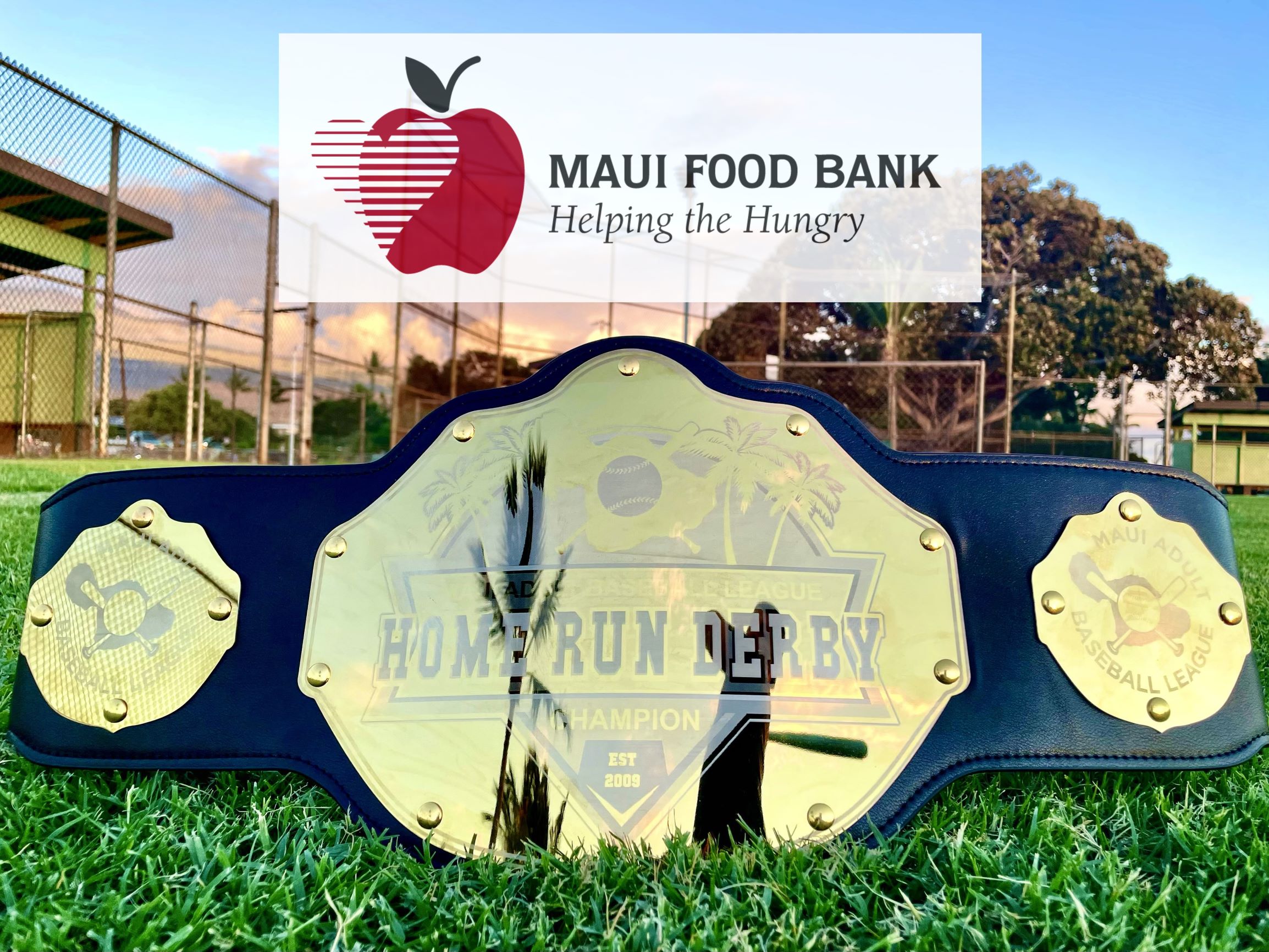 The Spring 2021 All-Star Game will be held at 10am, June 27 at Ichiro “Iron” Maehara Stadium. The Mauka team will be made of players representing the La Perouse Pirates, Upcountry Dirtbags, Central Rays, and Lahaina Warriors. All-Stars from the Makena Royals, West Maui Brewers, Kihei Centipedes, and Pacific Hurricanes will make up the Makai team.

Prior to the game, players will host an All-Star Food Drive for the Maui Food Bank (mauifoodbank.org, @MauiFoodBank) outside the stadium gates. The Maui Food Bank and MABL seeks to supply food to anyone at risk of going hungry, including people living in the isolated communities of Hāna, Lāna’i, and Moloka’i. Supplies have dwindled through the pandemic, and so the Food Bank is looking for all of the donations it can get. Let’s give our community the same enthusiasm, love, and support we show for each other every week and indeed make this an All-Star Food Drive. The stadium capacity is limited to 200 persons on Sunday, and so we will setup a donation table in the parking lot just outside the entrance gate. Please consider dropping by to make a donation even if you do not plan to attend the game. Suggested donations include canned meat and tuna, canned fruits and vegetables, canned meals and soups with proteins, and cereal, rice and pasta.

Following the game, the HR Derby will feature 12 of the league’s top hitters as they compete for the title of MABL’s top home run hitter. New this season, the winner of the derby with be presented with the MABL HR Derby Champion Belt (shown above), which with be passed on or retained in subsequent seasons. Come out and cheer on your favorite players on Sunday as the 25th season of MABL action comes to a close. Rosters are listed below.