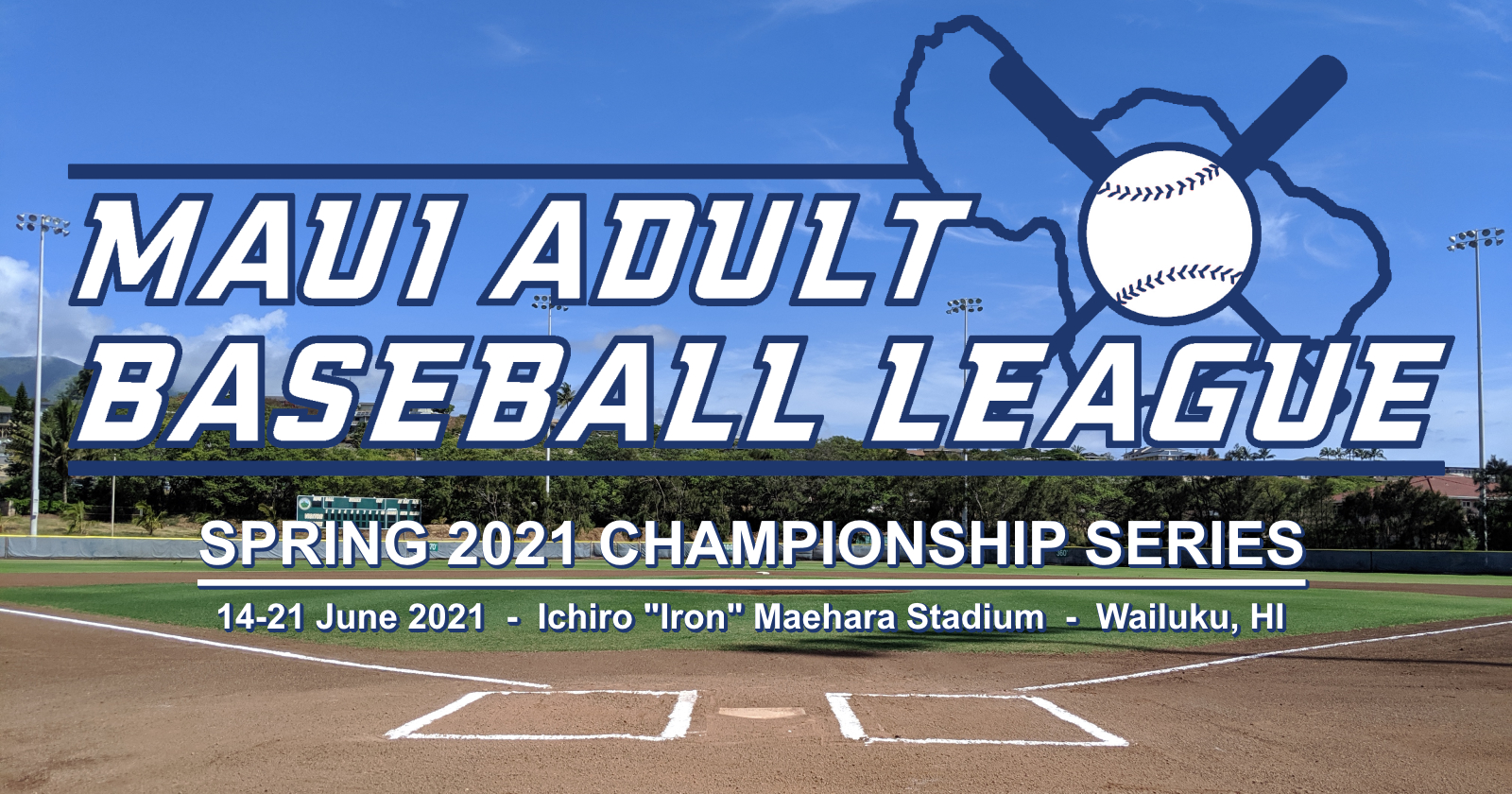 The Maui Adult Baseball League’s top two teams will square off in the Spring 2021 Championship Series with game 1 of the best of 3 series being played Sunday, June 13 at Meahara Stadium. The Makena Royals, who entered the playoffs as the league’s top seed after going 12-2 in the regular season, defeated the Central Rays two games to none to advance to their second straight Championship Series. The Royals are attempting to win back to back MABL Championships and their third overall. After going 10-4 in the regular season and earning the second seed for the playoffs, the La Perouse Pirates avenged last season’s playoff defeat at the hands of the Upcountry Dirtbags by winning the deciding third game of their series last weekend. This will be the Pirates’ fourth trip to the Championship Series in the last five seasons, having last won it all during the Summer 2019 season. The Royals have won 3 of the last 4 matchups between these two teams, including both games this season.

As an important note, in order to ensure compliance with County event capacity limitations put in place due to the ongoing COVID-19 pandemic, and to allow as many of the participants’ families and friends to attend as possible, admittance to the MABL Championship Series at Maehara Stadium will by ticket only. Tickets will be provided in advance through the managers of each team. Please understand that in order to ensure our ability to continue to use Maui’s premier baseball facility, no one will be admitted to the Stadium without presenting a ticket at the gate. Full Return to Play guidelines will continue to be in place. The MABL thanks all of it’s players and fans in advance for helping us navigate this situation.

Check the league’s social media pages (Facebook, Instagram) on Sunday for live broadcasts of the game. Any questions should be directed to the league here.