The Spring 2019 season came to a close on June 30 with the MABL All-Star Game and HR Derby at Maehara Stadium. The Mauka team, made up of players representing the Pirates, Warriors, Dirtbags, and Hurricanes defeated the Makai team, comprised of players from the Brewers, Rays, Royals, and Centipedes behind a 3 run first inning. The final score was 5-2. 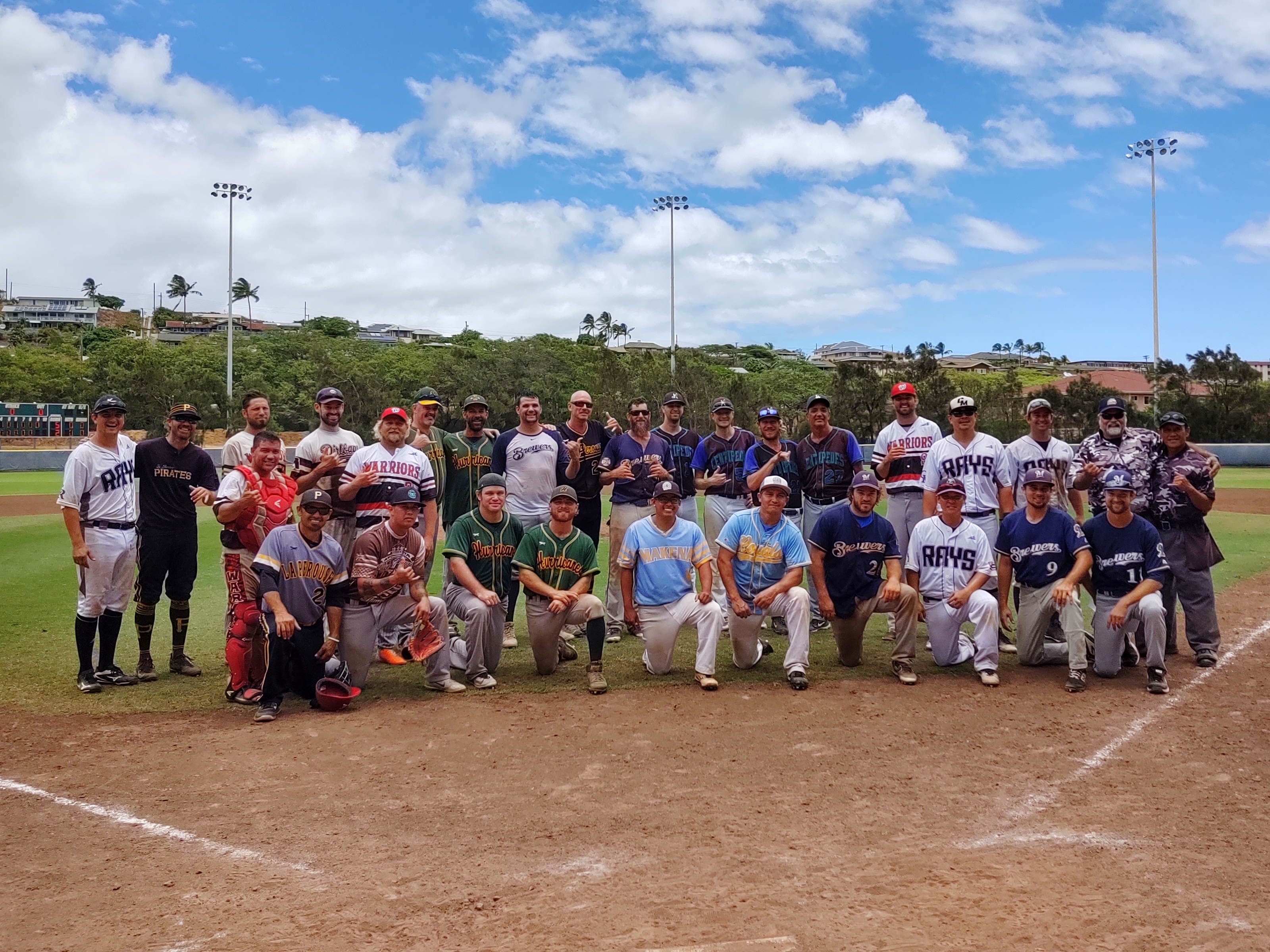 Following the game, 12 of the league’s top hitters competed in a Home Run Derby. Randy Button of the Kihei Centipedes, the Spring 2018 MABL Cy Young Award Winner, hit a total of 7 home runs to best Kalaika Kahoohalahala (with 3) and Jeremy Loque (with 2), the runners up.

Congratulations to the league All-Stars, as well as the Home Run Derby contestants who put on a great show. Thank you to all the players and fans who contributed to another successful season for the Maui Adult Baseball League. The Summer 2019 season is slated to begin Sunday, August 4. Be sure to check back soon for more details on the upcoming season, as well as the unveiling of the Spring 2019 league award winners!