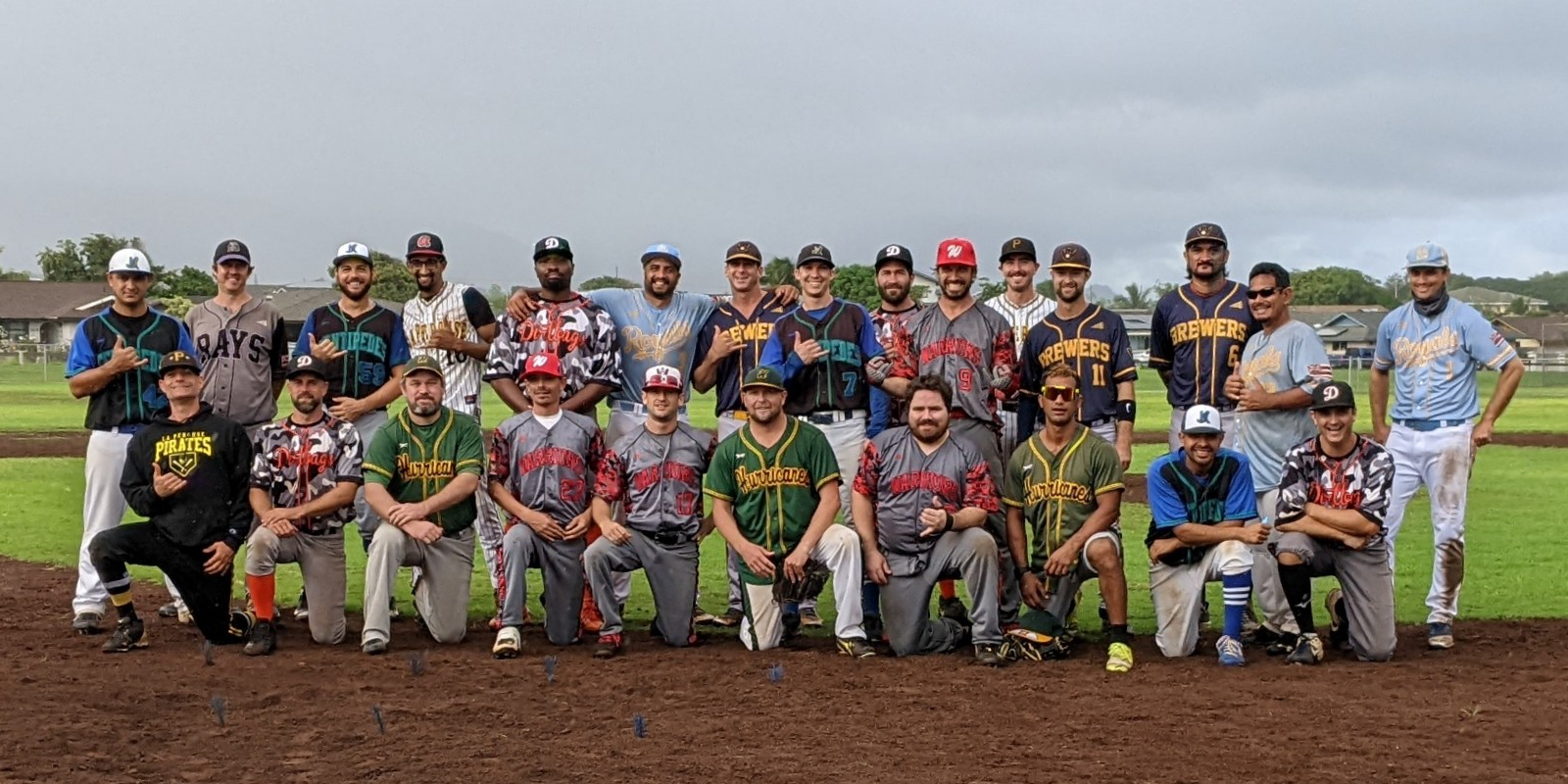 The Makai team (Royals, Centipedes, Brewers, and Warriors) walked off in the 9th inning to defeat the Mauka team (Rays, Pirates, Dirtbags, and Hurricanes), by the final score of 6-5.

Congratulations to everyone who was selected to the All-Star game, and thank you to all the players, managers, fans, and umpires who help make the Maui Adult Baseball League something so many people look forward to each week!

After a week off for the Christmas holiday, the Summer 2021 Championship Series between the Rays and Royals will conclude on January 2, in Makawao.

UPDATE: [December 23] The Maui Food Bank reported a total of 428 lbs of food was donated during the MABL All-Star Food Drive, providing approximately 330 meals to those in need this holiday season! This total is more than twice what the league raised last season. Thank you to everyone who contributed to make this event such a success.